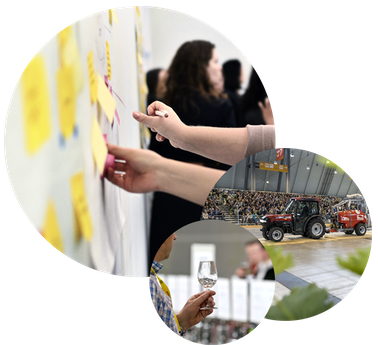 It all kicks off again this time next year – the 64th International DWV-Congress opens its doors at the International Congress Center Stuttgart from...

The limit of the number of participants for the following sessions has been reached or even slightly exceeded:

Germany at a global level

The German wine industry's triangle is complemented by scientific and research institutions that are both ambitious and successful. Their main priorities include the sharing of knowledge and practice-oriented consulting. Germany is known for its dual education and training system, which also enjoys a great reputation across the globe.

The fields of practical application, science and research as well as the machine industry will be meeting at the 64th International DWV-Congress and at the INTERVITIS INTERFRUCTA to discuss the issues of the future.